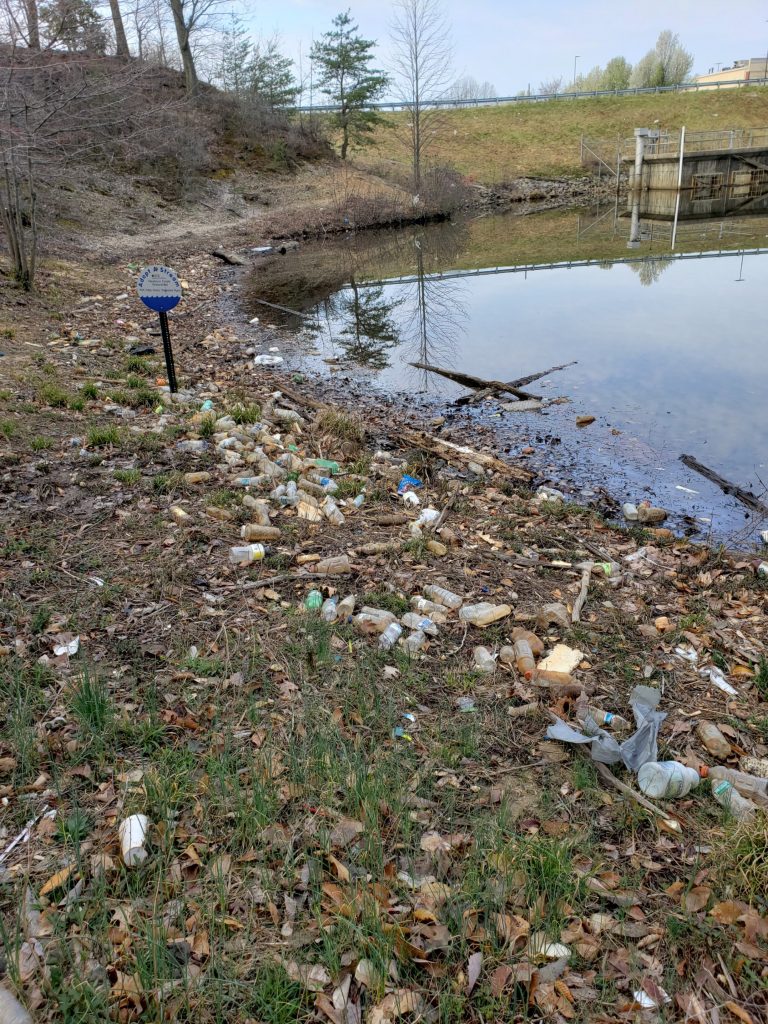 On April 4, 2019, volunteers from two separate groups, SWIFT Corporation and Navy personnel out of Springfield, VA, joined forces with Habitat for Humanity to complete two projects in eastern Prince William County. One was the semi-annual clean up at the Parkway Pond #156 and the other was a flood mitigation project located about five miles down the road.

In the afternoon, the volunteers did minor maintenance on two drainage ditches on a vacant, County-owned parcel. “I know the residents downstream of the two drainage ditches will greatly appreciate this work that prevents localized flooding on their properties,” says Tim Hughes, Watershed Management Branch of Prince William County Department of Public Works about the flood mitigation project.

Want to get out in nature with Habitat for Humanity Prince William County?

Community Development projects such as these are part of Habitat for Humanity’s Neighborhood Revitalization program (NR). The NR program engages the residents of neighborhoods and other community partners to revive neighborhoods and makes them safe, inviting places to live.