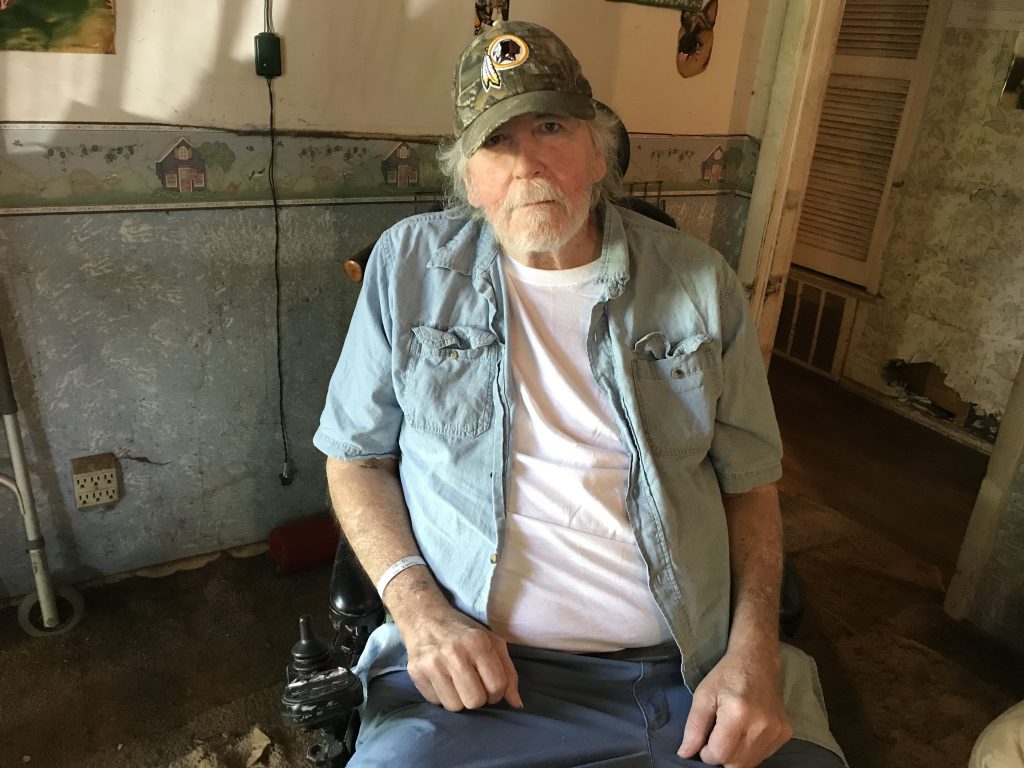 Patrick Hassan is a United States Marine Corps Veteran. He served in the Marines from 1969 – 1975. After his service, he settled in his native Virginia. Patrick earned his livelihood as a surveyor. While he has surveyed many smaller lots in the area, a couple of significant places he surveyed are the Lake Manassas boundaries and the Marine Corps Museum site.

Patrick and his wife, Gina, purchased the home where we will work in 1984. The couple had two boys, Keegan and Cody. Gina passed away while the boys were young so Patrick raised the boys himself.

Patrick is proud of his two sons with good reason. Cody is married, has two master’s degrees and works in IT. Keegan served thirteen years in the Virginia National Guard, including two tours in Iraq and a year in Quatar. Keegan has been active in the Volunteer Fire & Rescue squad for fourteen years. He is engaged to be married. The boys are still close to their Dad.

Patrick suffers from rheumatoid arthritis. He is currently wheelchair-bound but hopes to walk again one day. Habitat will do extensive work on his home to bring it up to code and to have potential zoning citations dismissed. With the assistance of volunteers on a snowy day in December, Habitat cleaned up debris in the yard and abated that potential citation. Soon, we will repair damaged walls, replace insulation, repair or replace plumbing fixtures, shore up floors, take care of trim, window and door frames, and diagnose and repair the sanitary drainage system. We’d love to have your help! Please join us with your donations and volunteer time. We look forward to working with you!

Thank you to BAE Systems and The Home Depot Foundation for your contributions to this project.