Lowe’s Heroes Contribute to the Community 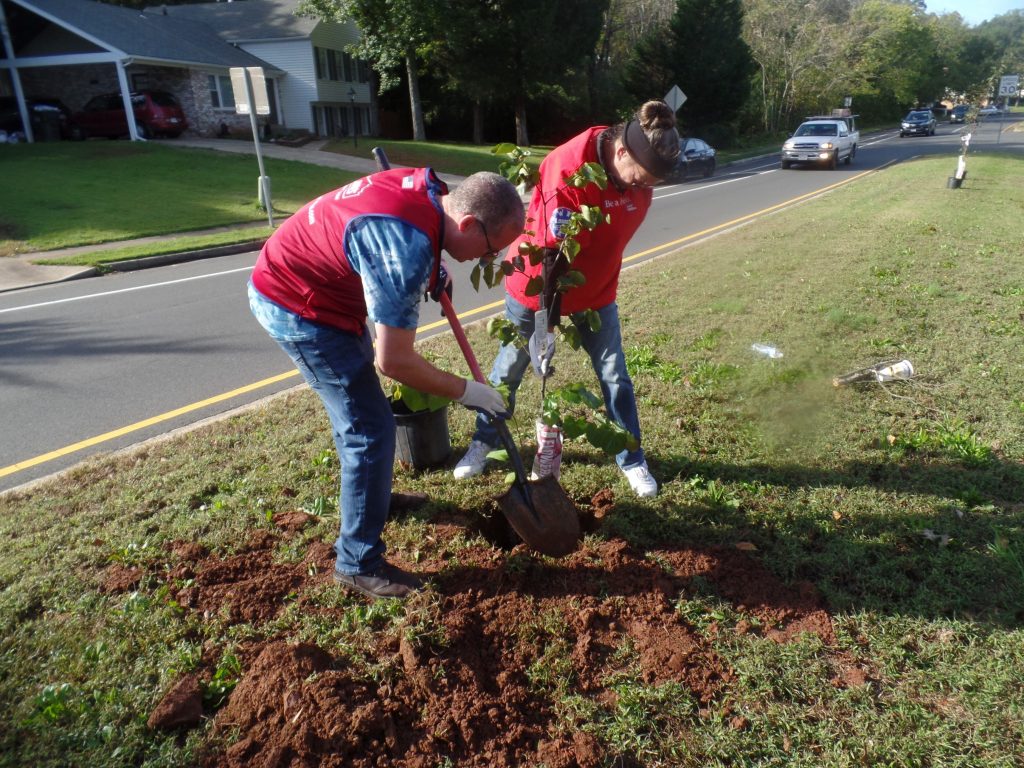 Not just another day at the “office”

A stalwart group of employees from the Gainesville and Manassas Lowe’s stores, the “Lowe’s Heroes”, joined forces with Habitat for Humanity Prince William County on Wednesday, October 17 and Thursday, October 18, to work in the Sudley area in Manassas. The Heroes planted trees, picked up litter and installed litter traps along the stream that connects with the Bull Run tributary of the Occoquan River.

It was a heroic effort

The Lowe’s Heroes, part of a company-wide effort to give back to the communities in which they work, donated a variety of trees for the effort including: Red Bud, Red Maple, Crab Apple, Weeping Willow, Corkscrew Willow, Flowering Pear, Purple Leaf Plum, Tulip Poplar and Oaks. The trees were planted along Sudley Manor Drive, Copeland Drive, and Sudley Road.

The Lowe’s Heroes mission to engage their employees in community projects is seamlessly aligned with Habitat for Humanity Prince William County’s Neighborhood Revitalization efforts, making the partnership between the two organizations a win-win. Through Neighborhood Revitalization, Habitat for Humanity engages residents and community partners to revive neighborhoods and make them safe, inviting places to live. Community development projects improve the health and well-being of the general public. They revitalize public areas, remove blight, improve water quality and generally give residents improved access to public areas and a better sense of well-being and safety.

If you’d like to participate in a Community Development project, or you know of one that should take place, please contact us at 703-369-6708 or programs@habitatpwc.org.